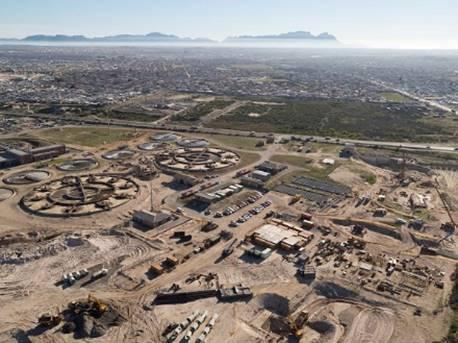 Cape Town – The R1.7 billion upgrade of the Zandvliet Wastewater Treatment Works (WwTWs) is set to unlock development in one of the fastest growing catchments in Cape Town, the city said on Sunday.

This significant increase would foster investment in the area, as it would have the capability of safely catering for housing developments, schools, commercial developments and, by association, job opportunities.

In addition to the increased capacity, a new preliminary treatment process and upgrade of the existing treatment modules would ensure that the quality of the treated effluent being discharged was of an acceptable standard and complied with the license conditions issued by the national department of water and sanitation, the statement said.

“The treatment processes applied at the facility, being biological activated sludge processes, are considered best practice for municipal wastewater treatment. Additionally, the existing membrane bioreactor module, which incorporates membrane technology for solid and liquid separation, was the first application of this technology in the municipal sector in South Africa,” mayoral committee member for water and waste Xanthea Limberg said in the statement.

“The City of Cape Town is among the highest performers nationwide, in terms of treated effluent being discharged from WwTWs within the standards required by the regulator. Additionally, the plants operate in accordance with ISO standards,” she said.

“Visiting the site and witnessing the staggering scale of the project really drove home how much work has been done thus far, and how much still lies ahead in this mammoth upgrade of the Zandvliet WwTWs. The city is committed to ensuring that it continues to evolve its processes to manage waste and to ensure that it does everything in its power to put in place enhanced processes for sustainable urban management,” Limberg said.

The commissioning of the new plant was anticipated to be by December 2023. Soon thereafter, further expansion would be implemented to cater for continuing urban growth in the area. The existing plant would continue to operate and treat wastewater throughout this period.

“The city is immensely pleased that construction work is now well under way at the Zandvliet Wastewater Treatment Works. The project has been beset by various delays since 2010, including five (unsuccessful) tender appeals, a High Court appeal, and a land claim. Now that these have been resolved and boots are on the ground, it’s all systems go to adequately cater for one of the fastest growing catchments in the city,” Limberg said.